Home
Advocacy
The ESSA Advocacy Roller Coaster That Was 2018

Things in the advocacy world move quickly. One vote, on one day, can instantaneously offer a $700 million boost in funding for schools to have the opportunity to support health and physical education. SHAPE America’s 2018 National Convention & Expo was just a short eight months ago but a lot has transpired in the Every Student Succeeds Act (ESSA) world.

When we kicked off the 2018 national convention last March, schools had a mere $400 million in ESSA Title IV, Part A funds to support a well-rounded education, safe and healthy students programs, and the effective use of technology — only 25% of what was recommended by Congress when they passed ESSA at the end of 2015. That $400 million in funds wouldn’t make much of an impact at the school level once it was distributed to all states and all Title I school districts across the country.

By the end of that convention week in Nashville, we were able to announce to the entire health and PE community that the president had signed appropriations legislation for FY18 that included $1.1 BILLION (yes, with a B) in funding for Title IV, Part A — the important, new ESSA funding stream for schools to support health and physical education programs. This resulted in schools having the opportunity to make a significant investment in impactful student health and wellness programs.

In May, SHAPE America launched a set of tools to help HPE teachers make the ask for some of this funding at the school and district level. Do you want to know exactly how much Title IV, Part A funding your school district is receiving for this current school year? Complete this simple form and we’ll send you an email with the amount.

We’ll also connect you with tools — like a funding brainstorming worksheet and template funding request letter — to give you the best chance at success when approaching your title coordinator, principal, federal funding director, or superintendent to ask for support.

In September, Florida became the final state to get their ESSA accountability plan approved by the U.S. Department of Education. Now that all states plans have been approved, we’ll see all of that great work that our health & PE advocates did truly come to fruition.

This year, schools will have to collect the data required by their state accountability plan for their school report card. This will again give SHAPE America and advocates the chance to make the case that health and PE are important components of a well-rounded education as schools work to address accountability indicators like chronic absenteeism, school climate, or access to a well-rounded education.

On September 25, we hosted our 3rd annual Online Advocacy Day. Our advocates across the country absolutely flooded Twitter with advocacy messages and sent a record 2,000 emails to Congress asking for full funding for Title IV, Part A for FY19 (which will be available to schools for the 2019-20 school year).

Our community showed up that day and I couldn’t be prouder. And guess what? Our advocacy worked! On October 2, the president signed education appropriations legislation into law that included $1.17 billion for Title IV, Part A — a $70 million increase over the previous year.

Now with Election Day upon us it’s so imperative that we keep up the fight. First, I encourage you to go out and VOTE if you haven’t yet. The results of this election will bring many new members of Congress to Capitol Hill in January, which means new relationships to build and new legislators to educate about health and physical education.

As you can see, advocacy moves quickly, but it’s a marathon and we can never stop! So, we hope you can join us for SHAPE America’s 2019 SPEAK Out! Day on March 5-6 in Washington, DC. Registration has JUST launched today!

We hope to have representation from every state as we meet with new members of Congress, cultivate future champions of our cause, and thank those who have been on our side since the beginning. We’ll have early successes to share about how ESSA funding has supported health and PE programs across the country, and of course, we’ll be advocating for continued funding for Title II (professional development) and Title IV, Part A of ESSA. What a year it has been, but as always, we’re just getting started. We hope you’ll join us in 2019 for the advocacy ride of your life. 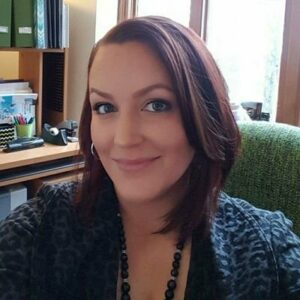 Carly Wright is Director of Public Policy and Advocacy at SHAPE America. 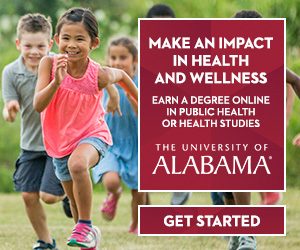