Home
Advocacy
Extend Your SPEAK Out! Day Experience to Benefit Your School

I have been a physical education teacher for 28 years and am currently teaching grades 6-8 at Cohoes Middle School, part of a small school district located just north of Albany, NY.

In 2019, I attended SHAPE America’s SPEAK Out! Day in Washington, DC — an event that gives health and physical educators the opportunity to advocate for HPE while meeting with their members of Congress on Capitol Hill.

And, as a direct result of my SPEAK Out! Day experience, something really exciting happened at my school.

On SPEAK Out! Day, my group was scheduled to meet with the staff of Congressman Paul Tonko, who represents New York’s 20th Congressional District. While we were waiting, I noticed Congressman Tonko on his way out.

I quickly introduced myself and thanked him for allowing us to meet with his staff members. He stopped and said, “I have a minute. Please tell me where you are from and what you teach.” He proceeded to do this with everyone in our group. He also invited us to take pictures in his office and thanked us.

Our group then met with Congressman Tonko’s staff, who were very receptive and supportive of our request to fully support Title IV, Part A funding.

Finding Benefits for Your School

Through my SPEAK Out! Day interactions, I found a way for my school to benefit. Here are a few ideas you may want to try.

Congressman Tonko’s visit was a positive experience for my students. We were impressed with how genuine Congressman Tonko was and how available he is to the people that he represents. The visit was well received in our school community and within our school district. Our school district’s media specialist, Aaron Cagwin, took photos and spotlighted the event on the district’s website and Twitter page.

I cannot thank SHAPE America, NYS AHPERD, Capital Zone of NYS AHPERD, and my school district enough for providing me with the opportunity to participate in 2019 SPEAK Out! Day. Fingers crossed that I get to attend again to continue cultivating a positive relationship between our congressional representatives and Cohoes Middle School, while advocating for health and physical education. 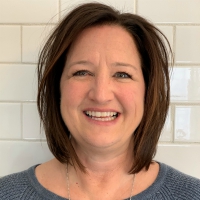 Teresa Gendron has been a physical education teacher for 28 years in New York’s Cohoes City School District. She served as the president of the Capital Zone for NYS AHPERD from 2017-2019 and is currently president-elect for the organization’s Elementary Physical Education Section. She can be reached at tgendron@cohoes.org and on Twitter @TerryGendron.