Home
Research
How to Improve Performance Through Quality Coaching
Tweet

In order to have the greatest chance of success in both individual and team sports, coaches should strive to have excellent relationships with their athletes.

When these relationships are built on a foundation of mutual respect and open communication, coaches will be able to create the conditions that are most likely to lead to positive outcomes. Coaches will be respected by their athletes, and — bolstered by the support of their coach — athletes will feel empowered and have an optimal level of motivation.

However, maintaining quality relationships requires investment by both the coach and the athletes … and it’s not always an easy process.

In this article, we outline some negative coaching behaviors and how to avoid them. We also offer some suggestions on how coaches can build and maintain positive relationships with their athletes.

But first, let’s talk about why a coach’s actions can have such a huge impact on their athletes and their team.

Ivan Steiner’s model of group productivity — which helps to explain why teams may not perform to their potential — states that how groups actually perform can be best understood by looking at their potential best performance and then accounting for any faulty processes that might occur.

By applying this abstract equation to sports, we can project that a coach, an athlete, or a team will only be as successful as their faulty processes will allow them to be.

Faulty processes may be motivational in nature or may stem from a lack of cooperation among team members, which includes the coach. Coaches are an integral part of the competitive process — and their actions are tied to the successes or failures of their athletes and their teams.

When coaches have a suboptimal relationship with their athletes, faulty processes may begin to occur in two areas:

Good coaches can demand high levels of effort and excellence while simultaneously championing the well-being of the athlete. This is very different than what we see with coaching aggression, which usually attacks the individual rather than the behavior.

Coaching aggression can be demeaning and can definitely lead to suboptimal relationships between coaches and athletes. It impacts athlete outcomes in two significant ways:

Coaching aggression sometimes occurs as a result of the pressure to win that is often present in athletics. Coaches might get carried away in the emotion of the game, which causes them to engage in negative, condescending behavior toward their athletes.

While a coach may believe that this is the most effective way to elicit the best performance from their athletes, it usually has the opposite effect. Most athletes do not like being spoken down to or communicated with in an aggressive fashion.

When a coach acts in an aggressive or condescending manner toward an athlete, the athlete’s basic psychological needs (competence, autonomy, and relatedness) may be thwarted. As a result, the athlete may experience a loss of motivation.

While there are many different types of motivation, the most critical one which is likely to be affected by disrespectful coaching communication is that of intrinsic motivation. In this case, athletes are likely to experience a decreased level of enjoyment for their sport, ultimately lowering their potential by removing much of their passion for the game.

Additionally, aggressive coaching behavior may constitute emotional abuse for an athlete and may result in them feeling neglected and undervalued. Emotional abuse describes regular, intentional, noncontact behaviors within a relationship that have the potential to be unhealthy.

Athletes who are treated in such a manner are likely to become apathetic toward their coaches and lose respect for them. As a result of this, the athlete may experience decreased motivation because they no longer care for their coach and won’t “go the extra mile” to perform for their team.

Coaches who employ hostile communication strategies and speak to athletes in a negative manner are likely to degrade their team’s coordination. This loss of coordination can take several forms, including but not limited to:

In either case, the chemistry of the team will suffer, leading to a potential sense of apathy among team members and worse communication both off and on the field. Another result of hostile communication is that athletes may shut down psychologically and not be fully engaged in learning or strategizing with the team. This will ultimately lead to lower team cohesion and performance.

How to Improve Motivation

Self-determination theory (SDT) is a motivation theory which suggests that when coaches increase athletes’ feelings of competence (i.e., skill), autonomy (i.e. opportunities for choice), and relatedness (i.e. sense of interpersonal connection), athletes will experience enhanced intrinsic motivation, which can be sustained over longer periods of time.

An athlete’s sense of competence, autonomy, and relatedness are all influenced by the way their coach interacts with them.

Here are three things coaches can do to ensure that their athletes have optimal levels of motivation and perform at their best:

How to Improve Team Coordination

Coordination consists of effective communication and engagement among group members. In this case, coaches and athletes must communicate and engage with each other regularly and respectfully in order for optimal communication to exist.

Excellent interpersonal coordination and communication are critical aspects of high-quality team performance — they must exist within a team’s culture. Teams that suffer from a lack of coordination often exhibit poor communication both on and off the field. This poor chemistry leads to less cohesion and ineffective execution of game plans.

Here are two coaching strategies that can improve communication and coordination:

We write in more detail about this topic in our article Enhancing Athlete Outcomes Through Quality Coaching,” which was published in the July/August issue of Strategies. 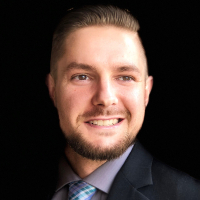 Justin Hebert is a master’s student at California State University Chico pursuing a degree in sport and exercise psychology. He strives to become a Certified Mental Performance Consultant. Justin is currently a certified personal trainer and is passionate about helping people improve their mental and physical health and wellness. He can be contacted at [email protected]. 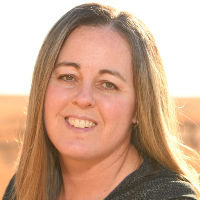 Aubrey Newland is an associate professor of Sport and Exercise Psychology in the Kinesiology Department at California State University, Chico. She is interested in optimizing athlete experiences through enhancing coaching practices, understanding motivation, and teaching athletes to cultivate mental skills. In her spare time, she loves to be outdoors, play/watch sports, read, and learn.