As the parent of three kids, I have seen firsthand how participating in sports has allowed my children to grow and develop strong character traits and social emotional learning skills.

My youngest has learned cooperation, determination and discipline through playing soccer. My middle child has grown exponentially in his ability to manage emotions of frustration and anger by playing on a baseball team. He has also made some wonderful friends and had opportunities to practice social skills. My oldest has learned about acceptance, responsibility, and staying motivated through tae kwon do.

I am deeply grateful that my children have found sports they enjoy and for the opportunity they’ve had to join teams and studios that accept them for who they are, just as they are.

I have actually welled up while expressing my gratitude to the tae kwon do masters for the work they have put into helping my children through intensely difficult and very personal moments. For not giving up on them, but instead meeting them where they were and coaching them through so they could achieve their next level of skill.

I have exhaled with deep relief and gratitude when watching a coach step in to redirect self-doubt or negative feelings my kids were experiencing in a competitive moment.

And, I have felt joy at seeing my kids give their teammates a high five or raise their hats in salute to an opposing team.

So yes, I believe that the opportunity to participate in youth sports is critical and life-changing for so many kids.

According to the Human Rights Campaign (HRC), there are at least 22 bills in 17 states that will ban kids from playing sports because they are transgender. In fact, more anti-transgender bills have been introduced in 2021 than any year in history. To quote HRC:

“There is coordinated attack on trans kids being waged in state legislatures across the country right now — and one of the most common bills…targets trans athletes.”

I find this deeply concerning.

There is plenty of evidence out there right now that demonstrates the benefits of allowing transgender children to participate in sports.

If you haven’t seen Brandon Boulware’s testimony before lawmakers in the Missouri House of Representatives, I urge you to take a few minutes to watch it. Boulware’s example of the complete turnaround he saw in his daughter’s emotional well-being once he was ready to accept her for her is incredibly powerful.

He also describes his daughter as a talented athlete and someone who has truly grown and thrived as a member of the dance squad and through playing other team sports such as volleyball.

But in Boulware’s home state of Missouri, proposed legislation would ban transgender youth from participating in sports teams corresponding with their gender. If passed, this would make it illegal for Boulware’s daughter to continue participating in these sports with her friends and teammates.

It is an understatement to say this would be truly detrimental to her health.

“I ask you, please don’t take that away from my daughter, or the countless others like her who are out there. Let them have their childhoods, let them be who they are.”

Florida parent Jaime Jara recently published a blog describing the heartbreak felt by her 9-year-old daughter at learning about HB 1475, a recent bill proposed in Florida which would ban transgender girls (such as her daughter) from playing on the girls’ athletic team in school.

According to the proposed legislation, a dispute regarding a student’s sex would require a  health care provider to submit verification of “the student’s biological sex.” In Jara’s own words:

“Even if the bill doesn’t ultimately clear the Florida State Senate in the future and become law, it has already succeeded in perpetuating the view that the trans community is ‘less than,’ unwelcome, and should be treated like social pariahs.”

A Look at the Science

Beyond the anecdotal evidence, pediatricians and geneticists such as Dr. Eric Vilain (who was recently interviewed on NPR and who has advised the National Collegiate Athletic Association and International Olympics Committee on this subject) have emphatically disputed notions regarding a lack of fairness in letting transgender athletes compete.

According to Vilain, “The question is … whether trans athletes are systematically winning all competitions. The answer to this … is simple. That’s not the case.”

And in fact, transgender athletes have been competing openly for decades — and since 2004 the National Collegiate Athletic Association (NCAA), International Olympic Committee (IOC), various state high school athletic associations, and several professional and amateur sports leagues have allowed transgender athletes to compete in accordance with their gender identity.

Further, a recent report from the Center for American Progress states:

The report also notes the following:

Finally, in several states that have adopted transgender-inclusive policies, evidence suggests that girls’ sports participation may even increase. According to the same report from the Center for American Progress, in California and Connecticut participation in girls’ sports increased over the period of time in which statewide transgender-inclusive sports policies were implemented.

And many of you may recall that Hillary Whittington, author of “Raising Ryland: Our Story of Parenting a Transgender Child with No Strings Attached,” was SHAPE America’s keynote speaker at our 2019 National Convention & Expo in Tampa.

I have been heartened by the conversations that followed and the commitment expressed by so many health and physical education teachers to do more to protect and include transgender students.

But today I urge each member of our HPE community to be mindful and aware of the fact that there is a renewed effort underway that will cause real harm to our students if it is successful.

This is a population already at grave risk for mental health concerns. Consider these findings from The Trevor Project’s second annual National Survey on LGBTQ Youth Mental Health:

Among gay, lesbian, bisexual, transgender and other gender nonconforming young Americans, 48% said that in the last 12 months, they engaged in self-harm; that number rose to 60% for trans and nonbinary youth. Further, 40% of respondents reported having seriously considered attempting suicide during this period; but of the young people who identified as trans or nonbinary, more than half said they strongly considered ending their lives.

I strongly believe that participation in youth sports and inclusive physical education programs can make a major difference in the mental health of our LGBTQ+ students and most especially, our transgender youth.

I urge each of you, as teachers, to do what you can to speak up on behalf of these young people and advocate for their full participation in sports and physical education classes. They are depending on us to be their voice and their champion — so they, too, can fully participate and learn and grow in all of the amazing ways possible through sports and physical education programs.

Finally, if you’re unsure of where to start or feel like you could benefit from more resources, I encourage you to read more about transgender inclusion in sports and physical education on the SHAPE America website.

Or reach out to me or the SHAPE America team anytime. We are always here to support you. And we hope that you will take this charge up and be ready to support our transgender students. 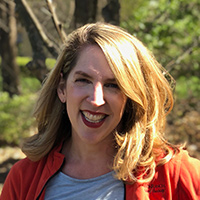 Stephanie Morris is a passionate advocate for effective PE and skills-based health programs in schools. She is CEO of SHAPE America and is also a mom to three kids, an enthusiastic runner and weight lifter, and a consummate chef. Her preferred pronouns are she/her/hers. Follow Stephanie on Twitter @SHAPEAmericaCEO or reach her at smorris@shapeamerica.org.