After high school, I went to Penn State University to major in health and physical education. While the university had a varsity men’s soccer team, women’s soccer still only had a club team, which I participated on.

During my junior year, the team qualified for post-season play. Penn State administration refused to sign off on AIAW paperwork to allow us to play post season. I think Penn State did not want to sign the paperwork for fear the next step might be our demand to have full varsity status.

After my teammates, coach, and I exhausted every internal mean possible to convince the powers that be to allow us to participate in post-season play (including a meeting with Joseph Paterno, who was the athletic director at the time), six players — including myself — filed a Title IX complaint through the Pennsylvania Human Relations Commission, a non-profit organization that enforces the state’s civil rights laws.

My teammates and I wondered how Penn State could not blink an eye at something that appeared to be so blatantly discriminatory. We knew we need to fight this, even if we wouldn’t reap the benefits ourselves. We would be fighting so the next group of Penn State students would have greater opportunities.

It took about 10 years from that time for Penn State to be forced to add a varsity women’s soccer team. It was pure joy when Penn State women’s soccer won the NCAA Division I national championship in 2015. And in August 2018, Penn State Coach Erica Walsh and Athletic Director Sandy Barbour awarded the members of my team honorary varsity letters.

This experience has had a profound effect on me. It has informed my passion for fairness and social justice. My lens for detecting the “isms” is keener and makes me more sensitive, open, and accepting of others. It also gives me a lot of motivation for taking action to change the world — and to be embracing of ALL people. I am proud to be a past president of the National Association for Girls & Women in Sport (NAGWS).

Reflecting on my story, I think the quote by Margaret Mead says it best:

“Never doubt that a small group of thoughtful, committed citizens can change the world. Indeed, it is the only thing that ever has.”

You can hear more about my story in this video interview.

This article originally appeared in the Spring 2022 issue of Momentum magazine. 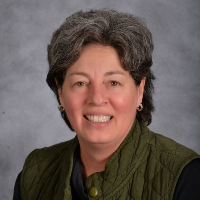 Shawn Ladda, Ed.D., is a professor and department chair at Manhattan College in New York City and is a past president of the National Association for Girls and Women in Sport (NAGWS). She can be reached at shawn.ladda@manhattan.edu. Follow her on Twitter @shawnladda.