While athletics and organized sports have become more inclusive, with an ever-increasing diversity of participants, coaching and training techniques have tended to stagnate and generalize the motivation for all athletes — thus leading to diminished motivation for many minorities.

This evolution in the team dynamic requires a change in coaching tactics.

In the article “Motivation Is Not Always Black and White: Attending to African American Athletes’ Psychological Needs for Sport Involvement,” which I coauthored with Tsz Lun (Alan) Chu for the March/April issue of Strategies, coaches can find insights relating to the psychological needs of athletes.

According to self-determination theory (SDT), all athletes have three universal psychological needs: autonomy, relatedness, and competence. However, the ways to satisfy these needs differ across cultures and ethnicities, especially for African Americans.

Autonomy is identified by self-determination theory as an internal feeling of personal control of one’s decisions and achievements. For African American athletes, negative stereotypes in society can lead to negatively affected self-perceptions, self-esteem and feelings of control.

Coaches can implement these simple changes into practice sessions to improve athletes’ feelings of autonomy and promote overall motivation:

Self-determination theory describes relatedness as the sense of being cared for by others and social connection. All athletes experience relatedness though external encouragement, which can be identified as receiving social support through both family and non-kin members, including coaches and teachers.

However, African American athletes perceive external encouragement significantly greater than their counterparts, especially from non-kin sources such as coaches and peers. Increasing each athlete’s sense of relatedness will benefit the overall team composition, motivation, and retention of team members.

Here are some tips for coaches:

Other social gatherings, such as dinners or casual parties, are encouraged outside of the athletic setting for a more relaxed atmosphere allowing athletes to build stronger relationships with their teammates.

The last aspect described in self-determination theory is competency/mastery, which is described as the feeling of effectiveness and desire to become a better athlete within a specific sport. For African American athletes, cultural and stereotypical beliefs held by society tend to negatively affect their personal beliefs of competency and overall motivation in their sport.

This is especially prevalent in stereotypical “white sports” such as swimming or rugby where African American athletes express having to work harder than their counterparts to obtain the same achievements and accolades. Thus, in turn their sense of competency/mastery and motivation is significantly lower.

Here are some changes that coaches can make to reverse this trend:

It is important to remember, for the optimal outcome and benefit for African American athletes, all three aspects of self-determination theory must be met. Each aspect alone may benefit the athlete, but not to the full extent of all three in unison. For more details, read the complete article in Strategies. 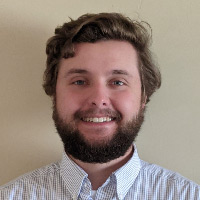 Adam Ahrens graduated from the University of Wisconsin Green Bay in May 2020 with a B.S. in psychology. He is currently working for two organizations providing supervision and support to adolescents and adults with mental health concerns.