I have always loved sports and participated in them my whole life. But looking back, it’s clear that my generation did not have the opportunities and benefits that exist today for female athletes at all levels.

Growing up in New York City, I was a Brooklyn Dodgers fan. I watched the games on TV, listened on the radio, and even went to the stadium a few times. At the beginning of each game, a young child — a boy — would have the thrill of having a “catch” with one of the players.

My Dad sent in an application in for me, but a few weeks later got a letter back stating, “We do not accept girls.”

In the 1950s and 1960s, classes in physical education were separate for boys and girls. While the boys classes had a full array of sports and other activities, girls classes were mainly focused on exercise, marching, jumping rope, and being graded on the cleanliness and color of your sneakers and gym uniforms!

Sports for girls were not encouraged nor promoted in those years. There were no recreational teams for young girls. My Dad had taught me how to play ball and practiced ball skills with me from a very early age, and we felt that I could easily play on a boys team. But that was unheard of in those days.

In high school, any girl could be part of a “play day” team where we had mixed girls teams from different schools. Thus, the thrill and pride of playing for our school was missing. At that time, interscholastic competition for girls was prohibited in New York City.

Life as a College Athlete Before Title IX

The first time I played for my school was in college. I was so happy to finally play for my school. However, I remember that as a member of the women’s basketball team, I had to practice at 7:30 in the morning while the men’s teams got the gym in the afternoons.

As a member of my softball team, I recall playing on a field that was poorly maintained, while the men’s baseball team had a beautiful field to practice and play on. The male athletes had their own varsity locker rooms while we used the same ones used for physical education classes.

When we had away games, we traveled on old school buses while the men went on charted buses — and I remember that the women’s team uniforms were hand-me-downs while the men’s teams had new uniforms every year.

The final incongruity was that athletic scholarships for women were not given.

When Title IX was passed in 1972, the federal government gave schools and colleges three years to implement the law and make their programs equitable.

I was just starting my doctoral program at New York University and knew from the start what I would study and write about. The title of my dissertation was “Guidelines for Establishing Equitable Interscholastic Athletic Programs for Boys and Girls in Public High Schools.”

As the final part of my study, I took these guidelines to 13 athletic directors in the hope that they might use them to see if their programs were compliant with the new law and/or to move toward compliance. To my utter frustration and disappointment, only one of the 13 said they would use them to audit their boys and girls programs. The other 12 said that their programs were fine as they were.

In 1979, a local college posted a position for an assistant basketball coach. I applied and was interviewed. I had coached basketball for many years, including coaching a college team, had worked recreational jobs for my local town, had been a referee in several sports including basketball, and had a doctoral degree in physical education. Despite these qualifications and experience, I did not get the job (and always wondered why).

In 1984, when my son was six, I decided to coach his first T-ball team. When I walked into the coaches’ meeting, a man came up to me and said, “Miss, this is for coaches.” I responded, “I am a coach and wish to coach a team.” After all these years, I still remember his look. When I asked for an assistant coach, not one man volunteered to help me. So, I coached the team myself.

In 1988, I applied for a position as the sports/recreation director at a local Y. One of the interviewers said, “This job involves coaching and night and weekend games. You have two children. How would you be able to do this?” Three men and I were up for the job. I did not get it.

In the early 1990s, my daughter-in-law Lisa Stern Kaplowitz was a student athlete in gymnastics at Brown University. In her first year there, funding for her team was discontinued. She and her teammates sued under Title IX (Brown vs. Cohen). Their case was appealed all the way up to the Supreme Court, and they won, creating a precedent nationwide. Lisa and her teammates were inducted into the Impact Fund’s Class Action Hall of Fame in 2022 because of their efforts in advancing gender equity in sports.

It is now just about 50 years since Title IX became law. Opportunities for girls and women in sports at all levels have dramatically increased. Girls now have prominent high school, college, professional, and Olympics female athletes to inspire them.

In 2002, Carli Lloyd was a scholarship soccer player and student of mine at Rutgers. I remember vividly when she told me she had a chance to train at the Olympic Academy in Colorado Springs. This was her start — and with her own determination to do her very best combined with her training and experience, she became one of the greatest women soccer players of all time. She was inspired by Mia Hamm, and now Carli is the inspiration for millions of young girls.

Today there are more women in administrative roles — from high school sports to the pro ranks — who serve both as role models and proponents of equality for their female participants. A few who come to mind include Alisha Valavanis, CEO and team president of the WNBA Seattle Storm (owned by three women), Cynthia Marshall, CEO of the Dallas Mavericks, and Kim Ng, general manager of the Miami Marlins.

Society has changed since I was a young girl. I am filled with pride and happiness to see the progress that girls and women in sports have made. I know there are “miles” to go — and examples of inequality still exist — but overall, I choose to focus on the positive. Mothers and fathers are teaching and playing sports with their daughters as well as their sons, just as my dad did with me. Through their parents’ strong influence, children will learn how beneficial athletic participation can be … for boys and girls. 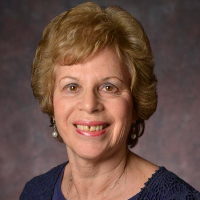 Susan Kaplowitz, Ed.D., CPT, is recently retired from a 25+ year career as a full-time faculty member of the Department of Kinesiology and Health at Rutgers University. There, she was the founder of the Center for Exercise and Aging. Kaplowitz was also a specialist of adapted physical education, and she continues today as a coach and a personal trainer. She can be reached at skaplow1@comcast.net.