As I think of Title IX, I am, to a great degree, filled with emotion. I’ve attempted to process, over the years, what has occurred since its passage but have never put my thoughts down in writing.

For me, Title IX was something I did not fully understand as a young girl. I had loved sports from as early as I can remember. I grew up in a small Illinois town just east of St. Louis and was a huge St. Louis Cardinals baseball fan. I collected newspaper clippings daily, as well as anything and everything related to the team. I also had a very large baseball card collection, always organized by team.

We were a very middle class family, so going to a game was a stretch, but schools in the St. Louis area offered two free tickets for three games if you got straight As. You better believe I was going to get those tickets. Every single night during the baseball season when there was a game, I went to bed to the voices of Harry Caray and Jack Buck calling the Cardinals’ game on my transistor radio.

Now, mind you, I grew up in a world where only boys were allowed to play sports. I did play summer rec league softball for a couple of summers, but in school, there was nothing we were allowed to play. When I was in junior high, the basketball coach allowed me to be the statistician for the team and I was in heaven!

I got to travel on the bus to the away games with the boys and coaches and I felt like I was part of the team. It’s strange now, thinking back, that I never recognized the fact that not being able to play wasn’t fair. It was just how it was.

I’ve spent a lot of time since then, thinking about how humans get programmed to accept injustices; and if I hadn’t lived it, I wouldn’t think it would happen. But here I am over 50 years later realizing that as a young person, I barely questioned my inability to participate. My parents told me I couldn’t, and the coaches said I couldn’t, so I couldn’t. End of story.

However, I do remember that when I started hearing about Title IX during my eighth grade year, I wrote an impassioned letter to Charlotte West, director of athletics for women at Southern Illinois University (and an AIAW leader), imploring her to work to get Title IX passed so we could play.

Even though Title IX passed in 1972, it wasn’t until 1974 that it impacted my high school. That was the year my PE teacher, Mrs. Cary Iftner, finally won the hard-fought battle to start a tennis program for girls.

The 1974-75 school year saw the very first teams for girls at Highland High School (HHS). That year (my junior year) we got to play tennis in the fall and run track in the spring. Of course, I was all over both!

I became a decent tennis player, despite the fact that it is such a “skill sport” and I had never picked up a racket until the summer before we got the team. My experience with running track in high school resulted in my holding the HHS girls school record in the 100 for a number of years and in the long jump for over 15 years.

My senior year, we also had the opportunity to play volleyball. I am forever indebted to Mrs. Iftner for her tenacity in fighting for us. I know that it wasn’t easy to change the thinking in a small town (in spite of the fact that Title IX was law). Her efforts changed my life forever. There is just something about getting the opportunity to play sports, after being denied for so long, that I can’t really explain. Finally, I felt I was able to do what I was meant to do.

After playing a couple of years of tennis in college, I ended up using my racket skills as a badminton player and was able to participate in two national championships my junior and senior year of college, one on each coast. I so cherish those opportunities.

My senior year at Eastern Illinois University, the girls badminton team finished 3rd in the nation,
and my partner and I finished in the top 8 in doubles.

My opportunities in sport as a result of the passage of Title IX have totally impacted my life, from my educational choices to my career choices to the recreational activities I’ve participated in.

As an undergraduate, I received bachelor’s degrees in both math and physical education, with a coaching specialization, and then went on to get a master’s degree in physical education. Professionally, my opportunities to participate in sport translated into coaching middle school boys and girls volleyball and track for 20 years, as well as a short stint coaching club volleyball.

Playing volleyball during my senior year of high school also ended up fueling my post-college competitive experiences. My husband and I both played in the United States Volleyball Association (USVBA, now USAV) for a number of years in our 20s and 30s — and even some sand volleyball into our 40s.

My experience related to Title IX has even shaped my current “post-career” efforts. With the hope that quality physical education and skills-based health will become accessible to as many students as possible, my husband and I developed a website which provides free resources to improve student learning.

The three of us had such different life experiences simply because of when we were born and the fact that, somehow, the concept that only boys should be able to play sports made sense to a large enough group of people that it became acceptable practice.

Martin Luther King, Jr.’s quote, “Injustice anywhere is a threat to justice everywhere,” has always resonated with me. But what continues to be disconcerting to me is how one feels when the injustice is righted. For me, I was so thankful and excited to get to play, that the fact that the injustice ever existed was overlooked (by me). Now, 50 years later, from a position of hindsight and a wider point of view, it’s just unfathomable the sheer number of injustices that continue to exist in the world. Fair and just for all seems quite simple. Every effort must be toward those two things — fair and just for ALL. 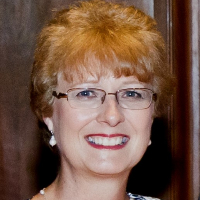 Becky Foellmer is a former middle school teacher who most recently served as an instructional/technology coach. She has presented numerous PD sessions, workshops and trainings and has authored Breakout EDU games for HPE. Becky is currently the IAHPERD Technology Committee Chair and a member of the SHAPE America Midwest District Leadership Council. She is also the co-creator of cbhpe.org.